As we gear up for the new CEA Summit East next month, we’re excited to spotlight exhibitor and sponsor Martinsville, Virgina-based Blue Ridge Aquaculture, the world’s largest sustainable indoor fishery. We had the chance to catch up with company President Martin Gardner in this month’s Q & A to learn more about Blue Ridge Aquaculture’s sustainable business model, practices, and plans to incorporate aquaponics into its operations in the future.

Blue Ridge Aquaculture is described as the “world’s largest sustainable indoor fisheries.” Can you share more about your recirculating aquaculture systems and your sustainable features and practices

Blue Ridge Aquaculture (BRA) was founded by Bill Martin on the idea that controlling the entire farming environment was the logical evolution of aquaculture.  He formed the company in 1993, and has grown it to its current production of 5mm pounds per year. As far as we know, that is the largest production volume from these types of systems.  The company raises tilapia from hatch to harvest, all contained in indoor farming systems, or Recirculating Aquaculture Systems (RAS).

The US lags far behind many other countries in the aquaculture production, currently ranking 17th in total output.  The US is not competitive for several reasons, including but not limited to stringent environmental regulations, NIMBY attitudes, and high labor costs, all of which are solved by RAS.  Bringing the entire process into a controlled environment, we manage all inputs and outflows from our operations.  With much better bio-security, we have not had an outbreak or disease event in twenty years.  In fact, we have been certified disease free by independent fish veterinarians every year since 2013.

We are able to accomplish this without the use of antibiotics, vaccines or hormones, and still maintain survival rates above 95%.  Our filtration systems recycle approximately 75% of our water daily, and we are working on a secondary filtration system that will drive those rates to +95%.  We don’t discharge our effluent to our local environment, all of it goes to the municipal system for further treatment.  From a land-use perspective, it would require at least 300 acres of open aquaculture ponds to produce what we raise on a 15 acre campus.  Because most of the seafood consumed in the US is imported (+90%), our US operations greatly reduce food-miles.  These are just some of the sustainable benefits of our system. 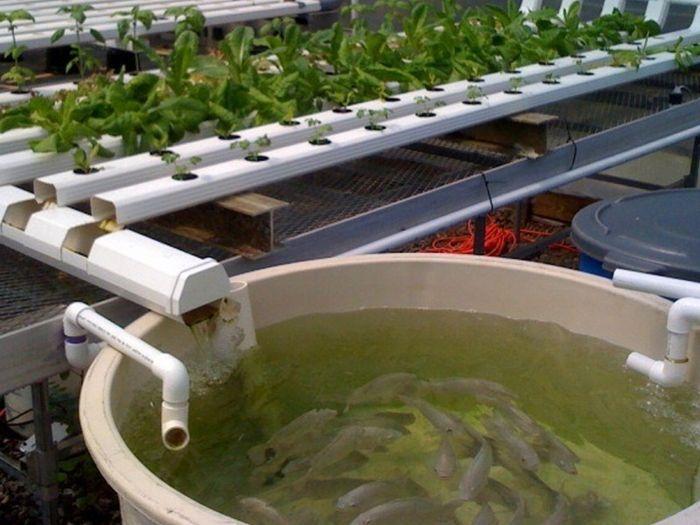 Aquaponics is an obvious extension of our current operations, and we have been working towards adding this component to our operations for some time. We have performed several small-scale R&D projects over the years, with favorable results.

But, with limited resources, we had to prioritize other capital projects, including a new feed mill commissioned in 2018, and a new RAS Nursery in 2021.  With those projects complete, we can now focus on aquaponics.

The Institute for Advanced Learning and Research (IALR)  and Indoor Ag-Con are excited to have Blue Ridge Aquaculture join us as a silver sponsor for the upcoming CEA Summit.  Can you share a little more about what you hope to achieve at the event? 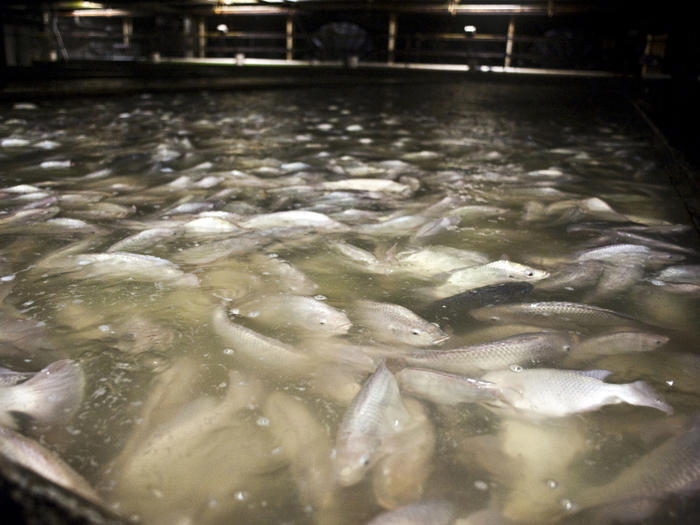 Blue Ridge Aquaculture has a long history in the US Aquaculture and the global RAS community.  It is important for us to build that same presence in this industry.  We will continue to support Virginia as a leader in CEA and AgTech.  Virginia Tech has been a tremendous resource for our company assisting our growth and development over the years.  We anticipate Virginia Tech and the IALR will be an important asset as we grow into  this space as well.  Because of that collaboration, it was important for us to support their outreach efforts and this conference.

It’s important to point out the importance of vertical integration in our company.  BRA has positioned itself as the most integrated RAS company in the world.  Originally this was out of necessity.  In the early years, RAS was more of an academic practice with few commercial operations.  Suppliers of inputs to the farm were focused on open system aquaculture, and did not provide the quality necessary for RAS.

The company originally sourced fingerlings from external suppliers, which were of average quality and more importantly, a vector for disease.  In 1997, the company started its own hatchery/nursery.  The positive impacts were immediate, and production volumes grew quickly.  That was also the beginning of the company’s genetic program, which is currently in its 20th generation, and a key factor in the company’s success.  Distribution was also a problem and risk for the company.

So in 2003, the company created a wholly owned subsidiary for the dedicated delivery of all of its product-  problems solved.  In 2017, the company built its own feed mill to control the quality and supply of feed for all operations.  That gave us control over our biggest operating input.

We understand that “sustainable” refers to environmental and social aspects of the operations.  But financial sustainability must be a part of the business plan.  BRA is one of the few RAS companies that has sustained profitability for many years.  Vertical integration has been key to this success, but, more importantly, de-risks our operations to ensure it remains financially sustainable into the future.

To learn more about Blue Ridge Aquaculture, visit the company website here.   And, make plans now to just us at the inaugural CEA Summit East, October 24-25, 2022.  The event is produced by Indoor Ag-Con and the Controlled Environment Agriculture Innovation Center, a partnership between the School of Plant and Environmental Sciences at Virginia Tech , the Virginia Seafood Agricultural Research and Extension Center at Virginia Tech and the Institute for Advanced Learning and Research (IALR).